Floods struck the day Lindsay Grace Kinniburgh and Mike Flynn had planned to get married, stymieing plans for their Blue Mountains nuptials.

Having returned home from six years living in Bali due to Covid, then being confronted with major flooding that swept across New South Wales causing widespread damage and the couple to cancel their wedding, they knew they needed a change.

“I was in the shower, I was feeling control in my life had been taken away a little,” Kinniburgh said.

“I had a moment there where I thought there was nothing I can do about the wedding, but there is something I could do about another problem.

“I came rushing out of the shower and told Mike this was what I wanted to do.”

What started with a plan to reduce plastic in the environment and create a quality women’s shaver, turned into a move to the rapidly growing start-up hub of Burleigh Heads on the Gold Coast and the launch of a sustainable shave subscription company called Make My Shave.

Kinniburgh said Make My Shave was born out of a desire to bridge the gap between quality shave care for women and sustainable beauty.

“Like so many women, I love a quick, easy, and cost-effective shave. What I don’t love is the amount of plastic that goes into landfills from disposable razors,” she said. 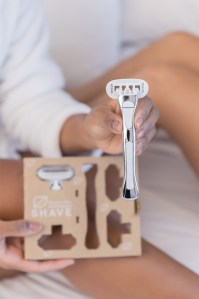 Having only launched in November 2021, Make My Shave has since been named Best Self-Care Brand and Best Self-Care Product in the Beauty Shortlist Eco Awards for 2022 announced in June.

“We came up with a solution for women who want an easy shave, a close shave. But then we thought, while we can produce a great product, it also has to be as sustainable as possible,” Kinniburgh said.

“I thought about me as a customer and if it wasn’t easy and fuss-free, I was probably not going to do it, so we incorporated that thinking into it.”

Make My Shave has invested heavily in innovative planet-kind packaging. The packaging for the razor handle and heads is 100 per cent plastic-free and home-compostable. It’s made in Australia and designed for a reduced carbon footprint.

Furthering the sustainability model, Make My Shave plant a tree with every order they ship.

All trees are planted in Australia through a partnership with One Tree Planted which is committed to planting millions of trees across Australia to recover forests affected by the 2019-20 Black Summer Bushfires and restore native habitats vital for wildlife.

Kinniburgh said the shavers themselves were designed for women.

“Men have so much choice when it comes to razors.  Women don’t, we’re stuck with plastic packages on supermarket shelves. And we’re paying a good percentage more for the same thing as men.

“And women settle.  We settle for the plastic, or for stealing the man’s razors.

“But we shouldn’t have to settle for that, and that’s where we saw the gap for something of really good quality that was eco-friendly.”

Shaver subscription models for men dominate the American and UK market, with a number also launching in Australia.

The online-only subscription brand Dollar Shave Club, where men have razor blades delivered to their door on a monthly basis has taken off globally since launching in 2012 and was acquired by Unilever for $1bn in July 2016. 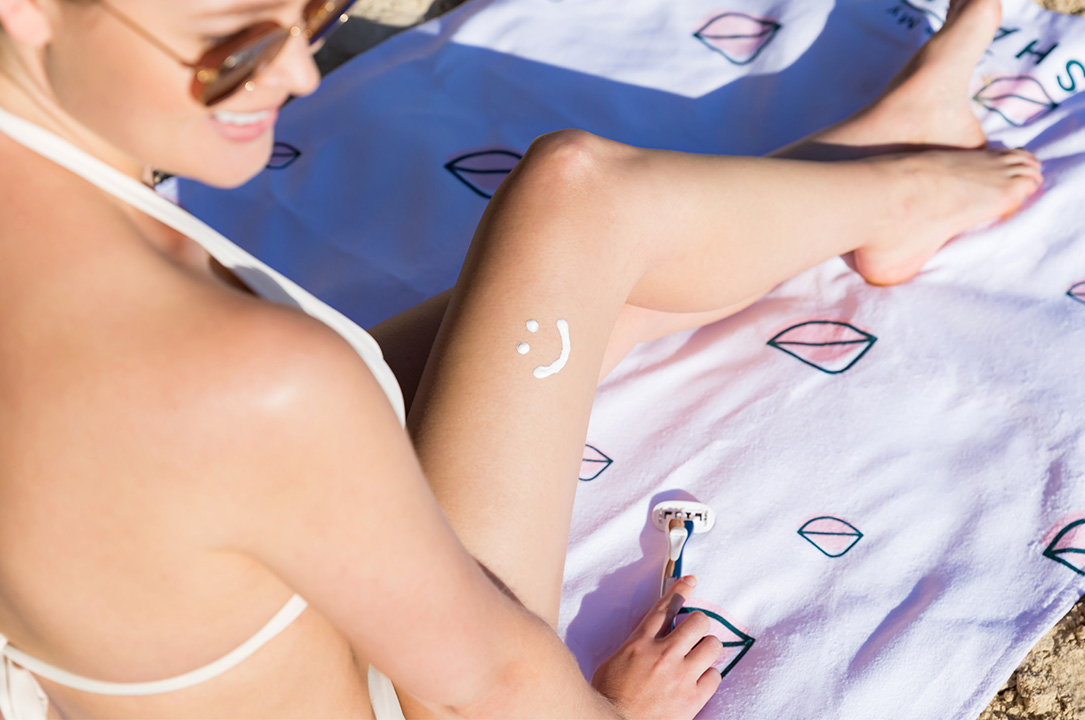 In Australia, Gillette Direct and Oscar razor have also snared considerable slices of the subscription shaver market for men.

However, a market gap remained when it came to shavers for women.

“It’s not hard to look around and see good subscription models.  You can now get your coffee beans, craft beers, toilet paper, and, of course, there’s Netflix,” Flynn said.

“So, we had a look around and realised that this does fit into a changing consumer environment.

“We are in the age of convenience and subscriptions fit really well with that. So now you’ve got razors on demand, it doesn’t matter if you forget to buy them at the supermarket, you don’t have to think about it.”

Flynn said establishing the business on the Gold Coast had provided strong support amid a flourishing start-up culture.

“Definitely we felt the vibe, that young ambitious, hungry entrepreneurial vibe,” he said.

“We came very much from that environment when we lived in Asia and then Sydney.  We could tell from the moment we arrived that this was a cool place. There’s a lot of people who can relate to the challenges of trying to make a start-up work here.

“Now, we’re so passionate and we love it so much, it’s like out baby, our wild child.

“It’s very exciting to be immersed in a new, young start-up that’s Queensland-based and it’s great to have this wild child take over our lives.”