When personal trainer Marco Renai was invited to a Gold Coast park with youth justice advocates to help support local boys at risk, he thought sharing some stories and a bit of hard training ought to do the trick.

“I went down there thinking that sit ups and push ups were going to solve all the problems of the world,” Renai said.

“Very quickly I learned that life and what these boys had to face and struggle through was so much bigger than that.”

He left the Palm Beach parklands motivated to do a whole lot more.

Within weeks, he had rounded up his gym and fitness connections to support an eight-week pilot program aimed at impacting the lives of youths who didn’t fit the mainstream school system, had disengaged, and who were careering towards a future often obliquely described as “down the wrong path”.

Ten years on, that program has now attracted federal and state funding and matured into an independent Year 11 and 12 school called the Men of Business (MOB) Academy on the Gold Coast that is establishing a new template for alternative education pathways for at-risk boys. 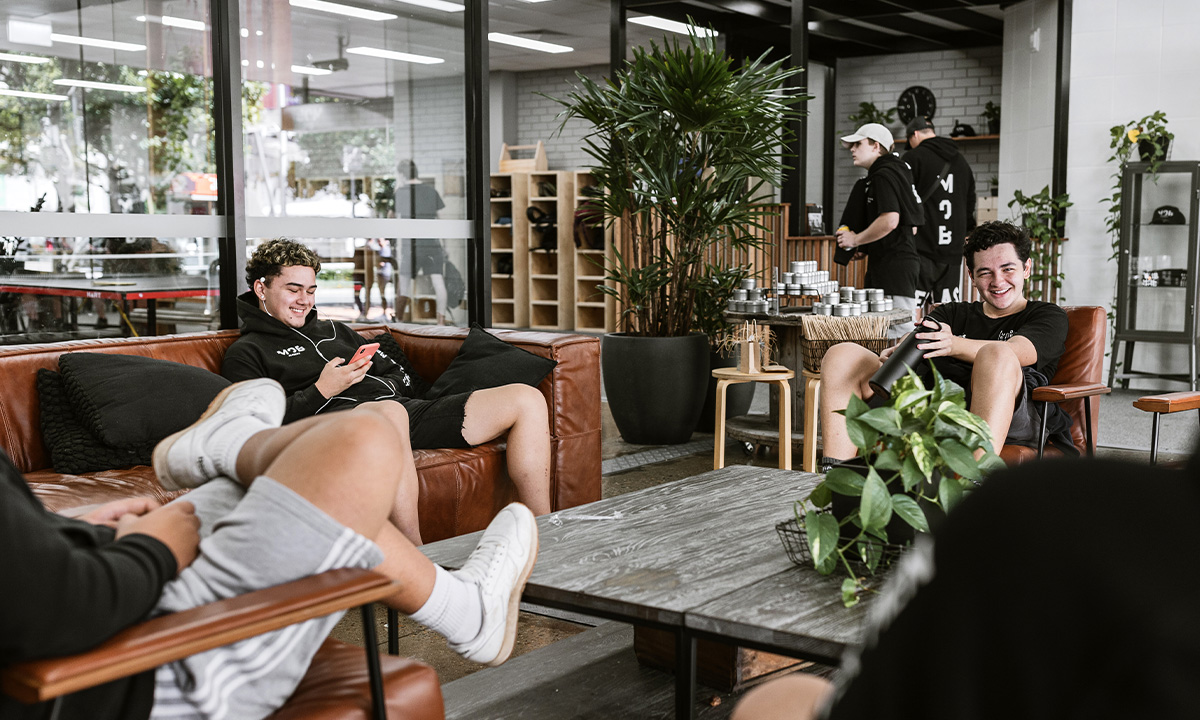 Renai said 130 boys were currently enrolled in full education and work pathways in Year 11 and 12, supported by a team of 30 people from educators, to psychologists, social workers and wellness coaches, fitness trainers and kitchen staff.

Of the 65 boys who graduated from the Academy in 2021, 80 per cent had achieved work or traineeship placements.

“We’re giving them as many life skills as we can, and more importantly getting them to be good men and be part of society and help them with either education or work,” Renai said.

“We’re proactive in trying to build a system that really works for these boys.”

Renai said the majority of students referred to the Academy didn’t fit the traditional school system or had been suspended or expelled from school.

The MOB Academy doesn’t fit the mainstream mould. Students train every day, are served breakfast and lunch, with take home meals for the families that need it, and attend life skills as well as academic classes.

“In the education stream we have essential English, essential maths, aquatic practices, community studies, sport and rec.  But then we have changing tyres, ironing shirts, cooking dinner – these are the life skills that these boys need,” Renai said.

“Before they come to us, they’ve come through a system that have made them feel like failures. They come in, they’ve got their barriers up, they would have been told they’re useless, and they’re never going to make it as anything.

“Our job is to build them up and support them and when the time is right, add the pathway.” 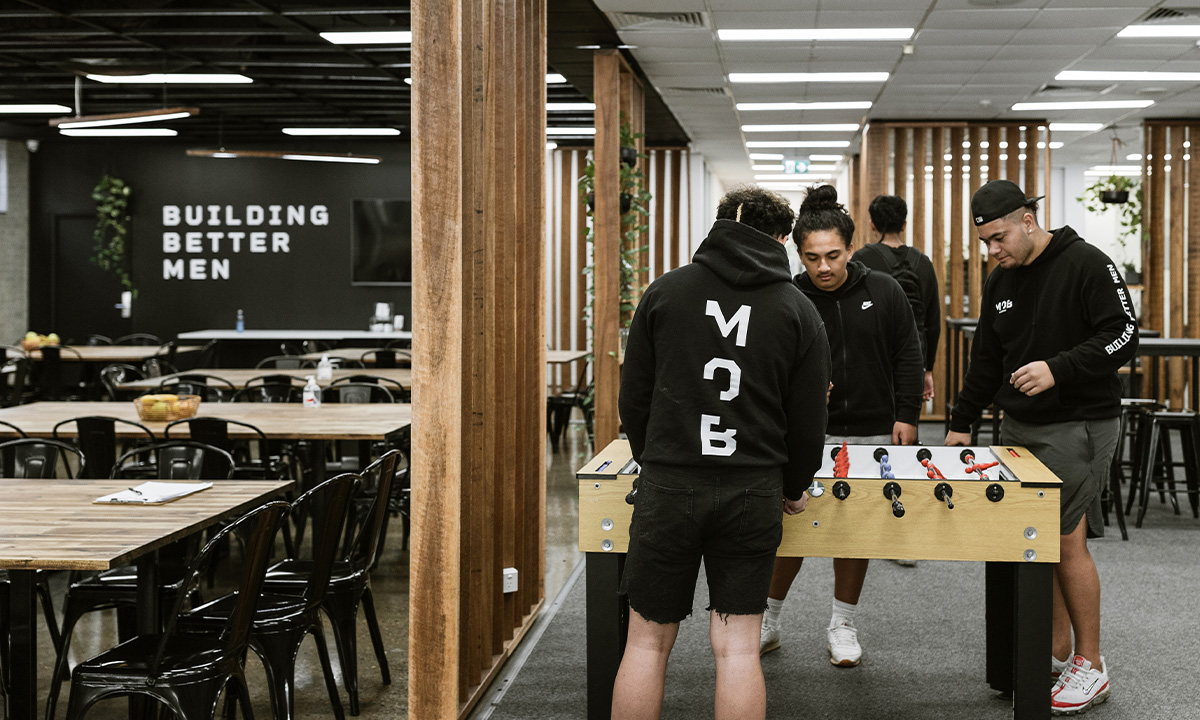 Renai said support and belief in their potential to be good men and be successful in life was the essential ingredient that was missing for many of the boys.

“When I started was that I wasn’t thinking about building a school, I just wanted to help a few boys,” he said.

“I struggled at school, I had issues and still had issues when I got older.  I didn’t have a tough upbringing, I had a beautiful family, but I very much failed in the education system and spent a few years running away from it and felt like an absolute failure in that part of my life, which I carried with me for a long time.

“I believe school is about preparing our kids for life and everything about this school is getting the kids passionate and excited about the world, not getting beaten down by it,” he said.

“I believe I’ve got an amazing model that could go anywhere in Australia and support boys at risk anywhere.  It’s really now a matter of the right people and the right community getting behind it.”