The devastation of Australia’s bushfires of 2019-2020 has helped propel the demand for a non-combustible alternative to timber that is taking a rapidly growing Gold Coast company to a voracious global market.

Made on the Gold Coast of Queensland using sustainable manufacturing methods, the high-quality timber alternative is low maintenance and longer lasting and easier to use than real wood.

Knotwood’s Mark Curran said builders and architects were seeking out the aluminium wood alternative for its aesthetic appeal, as an in-demand alternative amid the current worldwide timber shortage, and its high fire safety rating.

“After the experiences with bushfire season, especially in Victoria, Queensland and NSW, when you’re starting to rebuild your architects are looking for an alternative to wood,” Curran said.

“We can achieve the highest fire rating, we are a non-combustible product and that ticks a lot of boxes for builders and architects.

“It’s one of those things, the low maintenance is what the householder, the end user, loves. But it is the non-combustibility that the architects and builders really latch on to.

“On top of that it looks really good.”

The bushfires burned more than 24 million hectares across the nation, and caused 33 deaths directly and almost 450 more from smoke inhalation, a study by Australia’s CSIRO found.

In the wake of the destruction, Curran said local governments across Australia had sought out the product for its safety rating.

As a result, the business has grown 25 per cent year-on-year over the past five years, he said.

The company has also expanded its 16,000 square metre manufacturing facility on the Gold Coast where it employs 75 people. 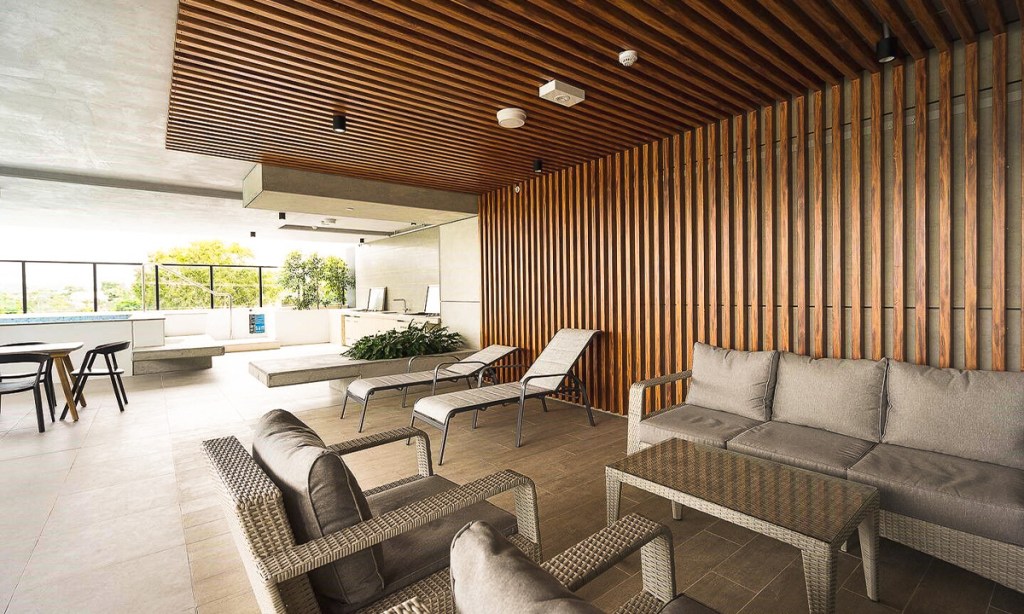 “People don’t always think of the Gold Coast as a manufacturing and heavy engineering hub. But there’s some reasonably big players and lots of pockets of industry here and it’s very, very busy,” he said.

“You’re close to the major highways, rail and close to docks. It’s actually very easy, and then there’s a very nice lifestyle.

“We’ve got a lot of growth opportunity, so it’s a very good place to be.”

Knotwood is about to open a manufacturing plant in Manchester, England after the business took off in the United Kingdom after recently exhibiting the product at the Grand Designs Live 22 by the British Institute of Interior Design in London.

It also exports to New Zealand, the USA, Canada, the Caribbean and South Africa.

Knotwood complies with Australia’s highest Bushfire Attack Level (BAL) rating, which is an Australian government standard that measures the potential for a home to be exposed to bush fire attack.

The BAL rating dictates the materials and building design elements that need to be taken into account during construction.

“If you are going to try and melt aluminium, it would be ridiculous because nothing else would survive at that temperature,” Curran said.

“It is at the highest safety levels.” 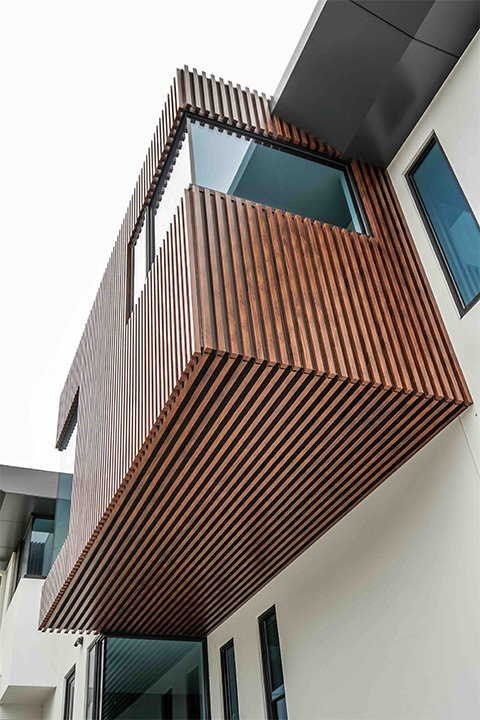 Curran said the business remained all-Australian and headquartered on the Gold Coast.

Founded by the Galway family over a decade ago, it is now owned by Darren Galway and business partner Michael Saba, previously a co-founder of Swisse Wellness.

The company uses aluminium sourced from Gladstone in central Queensland and then powder coats and wraps the product in a printed film, baking on the design that gives it the wood effect with as many as 41 different hues.