By linking people to a qualified psychologist through any text channel available on their phone, the Gold Coast start-up Virtual Psychologist is disrupting the way people can reach mental health support by making it easier, faster, less confronting, and potentially life-saving.

The platform is easier than an app, it doesn’t require any downloads, accounts, or registrations, and is accessible to anyone in the world who can text.

Virtual Psychologist founder and CEO Dervla Loughnane said revolutionising the way people could access psychological support had led to new research that has revealed counselling by text was rated as better than or equal to face-to-face counselling.

It was also improving the speed and scale of how at-risk people could be diagnosed faster and be connected with the right support.

Loughnane, a psychologist for more than 20 years, said it was her experience being called to a Gold Coast school where a young man had taken his own life that made her want to change the way help could be delivered.

“When we worked with the police and looked through his phone records, we realised this young chap hadn’t reached out for any help whatsoever,” Loughnane said.

“And I asked myself: What was so confronting for him that he didn’t reach out for any help? And I wondered if a simple text message could have saved his life, would he have felt more comfortable if he could just have sent a text?”

Loughnane said the question took hold so deeply that she quit her practice to develop a start-up where help was only a text away.

“I thought we as psychologists should be moving with the times and providing different channels of entry.

“This is probably what sets us apart from so many other start-ups. We are clinically led. It is a psychologist starting a health-tech business, we are not a tech founder giving psychology a go,” she said. 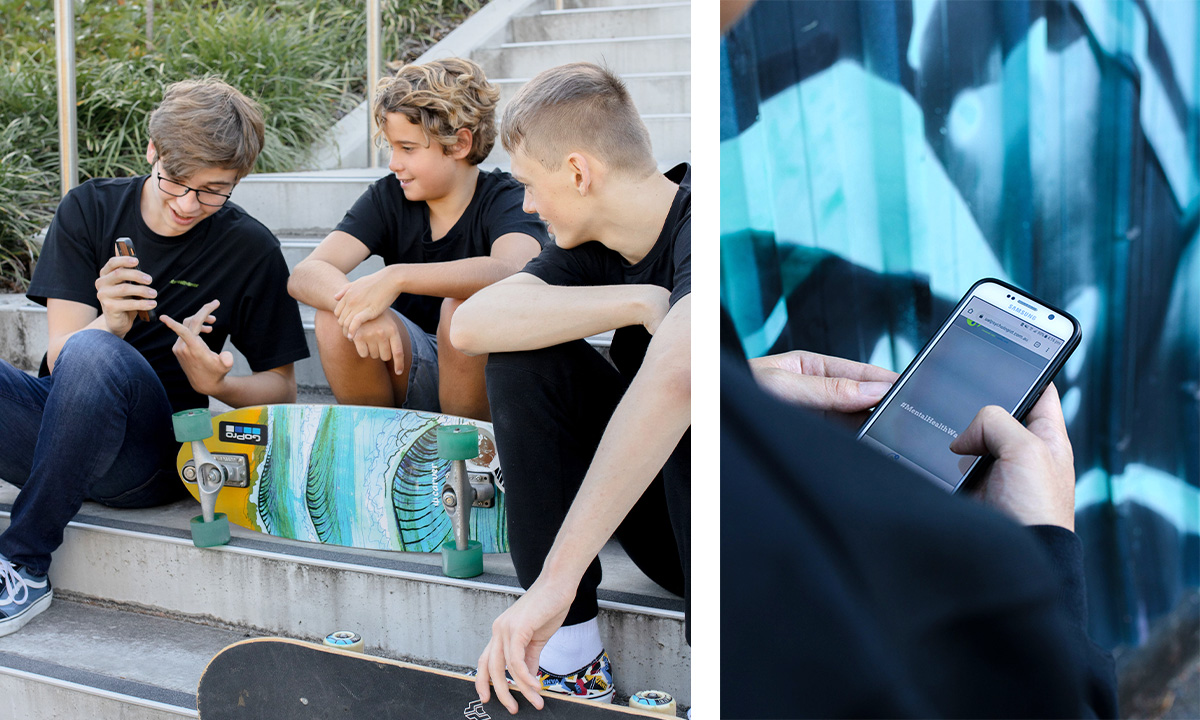 After starting with a single mobile phone, Loughnane now helms a global IT platform, where qualified psychologists are available through most texting channels including SMS, Facebook Messenger, or WhatsApp.

“I wanted there to be as little barrier to getting help as possible, so with whatever is already on your phone you can come straight through to a psychologist.

“We’ve also gone on now to deliver video services, audio services, messaging services and all text-based services, so we really are now a channel of choice.”

“You come through to a psychologist. We don’t have any chat bots. You do talk to a human, and that’s really important to us.”

How texting breaks down barriers for help

Loughnane said research into the program over two years, which has been backed by analysis from the University of Sydney, found many people preferred counselling by text.

The research found text-based counselling was rated as better than or equal to face-to-face therapy on measures of convenience, making progress with problems, and having access to help when it was needed.

Significantly, text-based counselling was also rated as just as effective as traditional face-to-face counselling for conditions including depression, anxiety, and emotional problems.

It found 67 per cent of people in rural or remote Australia reported that without text messaging, they would not have reached out for psychological support at all.

Within a corporate setting, 44 per cent of people said they wouldn’t have reached out if text counselling hadn’t been available.

Further, over the course of a nine-month trial with Headspace, the Australian non-profit organisation for youth mental health established by the Australian Government in 2006, Virtual Psychologist managed to cut the waitlist for counselling down from eight weeks to three days by providing clients with the option of text counselling rather than waiting for a face-to-face session.

With the text numbers provided through partnerships with government, corporate clients, or via QR codes on posters, beer mats and social media, access was made easy and private, she said.

It had also helped people communicate in a way that suited them.

“It can be for people who have lost their voice or can’t talk openly, such as a breastfeeding mum we were texting who needed help and support but was busy trying to put her child to sleep. Or there’s people in open plan offices, people who suffer from social anxiety. It just seems to suit some people based on their circumstances,” she said.

Loughnane said while 20 to 30-year-olds were the highest users of the service, people of all ages and backgrounds accessed it, including the notoriously difficult-to-reach demographic of older men.

“I always assumed it would be youth, but we have farmers aged over 70 texting us from their tractors and the milking sheds,” Loughnane said.

“It’s because people feel they can be more open without being embarrassed or put on the spot.

“If I have a suicidal client, via text I will know that within the first five minutes because it is so non-confronting, and they literally speak from their heart.”

Loughnane said the start-up, developed with support of the Gold Coast’s LuminaX health tech accelerator, which is a 14-week program providing support to 10 start-ups in the health technology space annually, had been operating since 2017.

It has delivered support for federal government programs, corporate organisations, and had rolled out a pilot program with Australian health insurance company BUPA to provide text-based counselling services to chronic disease patients.

It has also begun operating throughout the world, offering a 24/7 global service delivery model that is governed by firm clinical protocols.

On top of the organisation’s 13 fulltime staff, Virtual Psychologist now has access to 7,000 qualified psychologists through affiliations and partnerships.

“We have built out a global platform that has no physical boundaries and is only limited by data laws and professional standards. We can deliver our services cost effectively in a variety of languages to those people who find phone and face-to-face services too confronting, too embarrassing, or simply unavailable,” Loughnane said.

“It’s a solution that is delivered via your mobile phone regardless of your global location.” 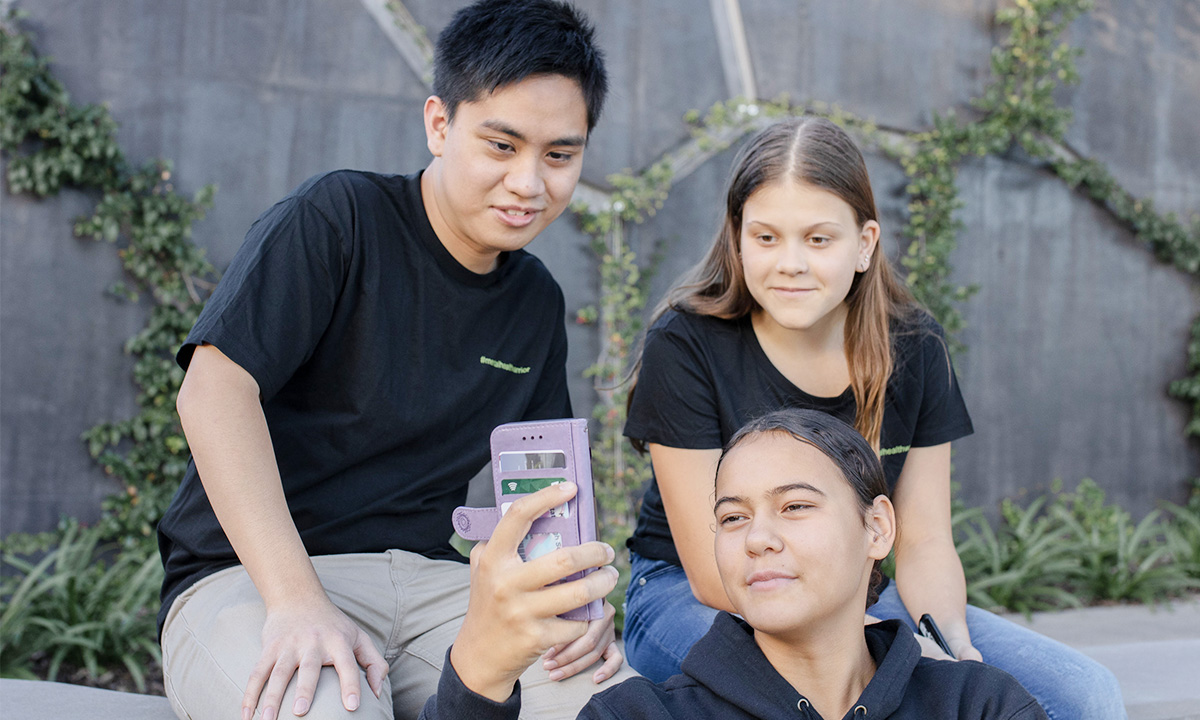 With psychologists based around the world, the organisation had also partnered with government and corporate organisations in countries such as the Philippines.

For Filipino customers, Facebook Messenger was the dominant text channel and was helping provide hope in a country where the government was working to break down the stigma around mental health issues, Loughnane said.

Analysis of language used in texts over two years had also determined that while people were more vulnerable through text, they also revealed more about themselves more quickly when compared against transcripts of face-to-face counselling sessions.

Loughnane said that, as a result, Artificial Intelligence programs were able to use this data to diagnose depression in clients simply through their words and language.

In one trial, anxiety, stress and depression were able to be identified with about 80 per cent accuracy from text counselling without human diagnosis intervention.

“In the future, this may help us scale mental health support at an affordable price,” Loughnane said.

“It means possibly making psychology more affordable by cutting the expense in the diagnostic stage and using available funding on treatment that can be delivered where it’s needed more quickly.”