For McFall-Weiss, the Gold Coast’s Home of the Arts (HOTA) was a revelation that engulfed her like the first bars of an orchestral overture that raised the curtain on the cultural soul of the city.

“My first experience with HOTA was going to see some shows. It was such a surprise what an amazing facility it is,” McFall-Weiss said.

“I couldn’t believe that this existed on the Gold Coast, it’s incredible. I decided right then that I wanted to be involved.”

McFall-Weiss is the newest addition to the HOTA board, appointed as a director for the next four years, as the Gold Coast’s cultural precinct evolves as a key arts destination both nationally and internationally.

An accomplished dancer who spent 15 years touring extensively around the US and more than a dozen countries, McFall-Weiss brings a wealth of performing arts experience to help progress the iconic Gold Coast destination’s reputation as a place where art, entertainment, culture and lifestyle meet. 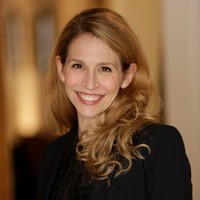 “There’s only a handful of places like HOTA anywhere in the world,” McFall-Weiss said.

“Globally, there’s not a lot out there that has what HOTA has to offer – the combination of performance spaces, the outdoor amphitheatre, the gallery, and then the parklands and the cinemas. It’s pretty unique, it’s a great package, and then it’s also all so close to the beach.”

Transitioning to artist representation, she has also been a booking agent at Columbia Artists Management, one of the major US performing arts agencies, and later became a founding agent at Selby Artists Management, booking tours for some of the biggest names in dance in the United States and Canada, including Pacific Northwest Ballet, Ballet British Columbia and MOMIX.

It was soon after her arrival on the Gold Coast and attending productions at HOTA that she realised the potential to bring international touring acts to Queensland.

It was meant to be a short-term project.

She had just relocated with her husband Schuyler Weiss, Managing Director at Bazmark.

With a hectic schedule built around Luhrmann’s re-imagining of the Elvis story, shot on the Gold Coast, she said she saw opportunities to establish new links for artists to tour to the Gold Coast and Queensland just as an interim consideration before returning to America.

“We originally came to the Gold Coast just to shoot the movie.  We came for what was to be nine months,” she said.

“Then Covid hit and the world, especially the world of touring, sort of fell apart.”

It meant McFall-Weiss dug into the Gold Coast scene.

“We began shooting again and my husband and plenty of people at Bazmark, we started thinking that perhaps we should stay here,” she said.

Luhrmann also completed the year-long post-production process for the Elvis blockbuster, which has been released globally to rave reviews, at the Gold Coast.

Off the back of the experience, he has even moved his production company Bazmark Inq headquarters from New York to the Gold Coast’s Miami beach, making the “radical decision” to keep riding the wave of the Gold Coast’s growing reputation as the screen capital of Australia.

McFall-Weiss said the filming of Elvis gave her the chance to uncover the cultural heart of the city from the HOTA cultural precinct at Surfers Paradise to the artistic enclaves in Burleigh and Miami.

“It was like peeling back the layers of an onion,” she said.

“We found HOTA was a hidden gem, and as we discovered more, this place just kept getting better and better. That’s why a lot of us have decided to stay.”

She said she aimed to contribute her experience to the blossoming status of the Gold Coast and HOTA as an integral stop on the global artistic touring roster.

“People come to the Gold Coast for the beaches and the amusement parks, but this cultural and artistic scene really rounds out the Gold Coast experience,” she said.

“As time goes on it will become more and more of a drawcard as many more people decide to relocate here. There is such really great stuff when you combine the artistic community and the entrepreneurial spirit of the Gold Coast.

“It’s an exciting time. I can’t wait to see the next phase of the cultural development of the Gold Coast and how it will flourish.”